Getting prepared for kindergarten is a huge part of the Pre-K experience at Petits Enfants in Metuchen, and that is what makes Superstars an aptly named program. Many early-learning professionals believe that the year before Kindergarten is the most critical year in a child’s development in general and, by extension, so critical to future academic success and rewards. This is the stage when learning and cognitive abilities peak with the infant and toddler years behind them.

These are the four year olds, and this program has the curriculum will have them not just ready for Kindergarten but prepared to excel.

As your little one metamorphoses from a toddler to a young scholar, the Superstars program paves the way for a smooth, if not effortless, transition into Kindergarten.  The Petits Enfants curriculum is based on the New Jersey Core Curriculum Content Standards, and this program features a unique interdisciplinary approach weaving together mathematics, phonics, writing and the language arts. It is notching it up to another level from what they learned before as three-year-old Bright Buttons. It is not about testing, but a caring approach, emphasizing learning and playing with others with a one-to-12 student-teacher ratio.

“Most of our four years olds, when getting ready for Kindergarten, are well ahead of their peers.” — Hitesh Trivedi, Director of Petits Enfants in Metuchen, N.J.

In fact, they teach Kindergarten work and activities in their four-year-olds classes utilizing kindergarten-level workbooks to prepare them for that next big step.

This is the final stage of Pre-K preparation, and, as is also the case with Kindergarten, the four year olds spend a lot of time building and creating, whether it involves Legos, words or concepts. Working together, learning to achieve and planting the seeds of social consciousness and awareness of community are all part of the formula. At the same time, the curriculum prepares them for what will be a more competitive classroom environment when they advance into the primary grades of elementary school beyond. When you are teaching and caretaking in a group environment, respecting the individuality of each child is extremely important. Academic Angels, the Montessori program at Metuchen, specializes in the individual approach and is particularly effective in enhancing special abilities and special needs. Because it is a morning program, four years also may also benefit from the Superstars group learning classroom.

The program measures its success in quantifiable achievements and parents will be delighted to see their children surpass the following milestones with ease:

Note: At Petits Enfants we offer the flexibility of two, three, or five days a week programs ensuring that no child, regardless of availability, is left behind. Additionally, a full day at both the Metuchen and South Plainfield schools is from 7 a.m. to 6:30 p.m. to accommodate the schedules of commuting and working parents.

The following areas are focus of the Super Stars classroom: 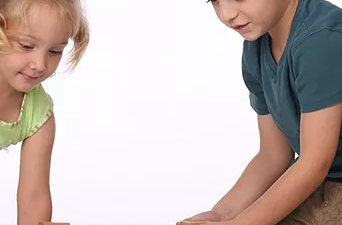